As an LGPS employer, you perform important functions in relation to the Scheme. These actions affect the benefits of Members. However, there are certain times where a person whose entitlement has been affected disagrees with what you have done (or failed to have done).

It is preferable that you aim to resolve these disagreements informally. Sometimes a simple explanation of the decision or recognition and subsequent correction of a misunderstanding can easily resolve many disagreements. However, sometimes a disagreement cannot be resolved informally.

The Scheme’s rules set out a formal procedure to resolve disagreements. This is called the Internal Dispute Resolution Procedure (IDRP). The IDRP has 2 stages. Stage 1 is dealt with by the body who did the action (or omission) that has caused the disagreement (e.g. the employer). If the disagreement is not resolved at stage 1, the person can refer it to the pension fund for a decision at stage 2.

The following guide is designed to assist employers who have received a stage 1 formal complaint.

As an LGPS employer, you perform important functions in relation to the Scheme. These actions affect the benefits of members. However, there are certain times where a person whose entitlement has been affected disagrees with what you have done (or failed to have done).

It is preferable that you aim to resolve these disagreements informally. Sometimes a simple explanation of the decision or recognition and subsequent correction of a misunderstanding can easily resolve many disagreements. However, sometimes a disagreement cannot be resolved informally.

The Scheme’s rules set out a formal procedure to resolve disagreements. This is called the

Internal Dispute Resolution Procedure (IDRP). The IDRP has 2 stages. Stage 1 is dealt with by the body who did the action (or omission) that has caused the disagreement (e.g. the employer). If the disagreement is not resolved at stage 1, the person can refer it to the pension fund for a decision at stage 2.

This guide is designed to assist employers who have received a stage 1 formal complaint.

The right to make a stage 1 IDRP complaint is time limited. Generally, the applicant has 6- months.

The employer will nominate a person to determine stage 1 complaints (the adjudicator).

The adjudicator will carefully consider the complaint and provide their written decision within 2 months (though they could send a letter delaying the deadline).

The guide provides more detailed notes on stage 1 complaints below.

The applicant can ask the pension fund to take a fresh look at their complaint in any of the following circumstances:

(1)     The applicant is not satisfied with the adjudicator’s stage 1 decision,

(2)     The applicant has not received the stage 1 decision letter within certain deadlines.

This review would be undertaken by a person not involved in the stage 1 decision.

The pension fund must give its stage 2 decision within 2 months (though they could send a letter delaying the deadline).

If the applicant is still unhappy following the stage 2 decision, they can take their case to

The Pensions Ombudsman for a formal determination provided they do so within 3 years of the event that gave rise to the complaint.

The applicant can nominate someone to take their complaint forward on their behalf. This could be, for instance, a trade union official, welfare officer, their partner, or a friend.

If the applicant is a minor or they have become incapable of acting, a family member or some other suitable representative can make (or continue) the complaint on their behalf.

Appeals in the Local Government Pension Scheme (LGPS) are covered within regulations 72 to 79 of the LGPS Regulations 2013. You can access a timeline version of the regulations at https://www.lgpsregs.org/schemeregs/lgpsregs2013/timeline.php

These regulations apply to all IDRP applications not completed by 31 March 2014, irrespective of when the member left the LGPS.

Requirement for employers to appoint an “adjudicator”

Each LGPS employer must appoint a person who will determine stage 1 complaints in respect of decisions/acts/omissions made by the employer. The regulations refer to this person as the “adjudicator”.

The LGPS Regulations do not elaborate on who the employer may appoint. In practice, as the person will need to understand the details of the dispute, the employer is likely to ask someone with relevant expertise, although this does not have to be an employee of the authority. Depending on the circumstances, a suitable person could be the employer’s legal team, the human resources manager, or payroll manager.

Who can make a stage 1 IDRP application?

Any person whose LGPS benefits are affected by any decision, act or omission made by an LGPS employer. This includes the following:

(3) A person who, on the death of a member, is entitled to payment of benefits under the scheme

The resolution of a dispute under the IDRP ceases if the dispute has become the subject of proceedings in any court or tribunal. The same applies where The Pensions Ombudsman has begun an investigation of the dispute because of a complaint made, or the dispute being referred to the Ombudsman, for instance, because no decision was given within the time limit.

What are the deadlines for making stage 1 IDRP applications?

How should the person make the stage 1 IDRP application?

To make a stage 1 application, it must be made within the deadline (see previous section)

(1) Set out the applicant’s name, address, and date of birth

(2) If the applicant is not a member, set out the applicant’s relationship to any relevant member and give that member’s full name, address, date of birth, national insurance number and the name of the member’s Scheme employer

(5) Be signed by or on behalf of the applicant

General notes on procedure to be followed by the adjudicator?

At stage 1, the adjudicator will carefully review the complaint. This is an opportunity to reconsider the decision – for instance, where certain relevant facts or evidence were not considered, or where there has clearly been a mistake or oversight.

Upon receipt of an application, which must be a written one, the adjudicator will need to ensure that the applicant has provided all the required information (see previous section).

The adjudicator must also check that the application has been submitted within the 6-month deadline. Otherwise, the adjudicator will need to consider whether to exercise their discretion to extend the deadline.

The adjudicator should ensure that they have all the appropriate information to make an informed decision. They should request further information if required.

By when and to whom must the adjudicator give written notice of their decision?

If the adjudicator is not able to give the decision letter within the 2-month period, the adjudicator must send a letter to the relevant parties (see first paragraph of this section) setting out the reasons for the delay and an expected decision date.

It is accepted that the decision times will vary depending on the nature of the complaint. In the Pension Regulator’s Code of Practice 14, this point is acknowledged. TPR also notes that the employer should be satisfied that the time taken to reach a decision is appropriate to the situation and be able to demonstrate this, if necessary. In addition, the adjudicator is expected to provide regular updates on the progress of their investigation (paragraph 232 of TPR’s code of practice 14).

What information must the adjudicator’s decision letter contain?

The decision letter must contain the following information:

(1) A statement of the decision

(2) A reference to any legislation on which the adjudicator relied

(4) A reference to the right of the applicant to refer the disagreement to the pension fund (stage 2) and that, if the applicant wishes to do so, the person needs to do so within 6 months of the adjudicator’s decision letter.

(5) a statement that MoneyHelper is available to give assistance in connection with any difficulty with the Scheme that remains unresolved including the address at which it may be contacted.

The majority of IDRP applications regard ill-health retirements.

To assist employers, The Pensions Ombudsman has produced a newsletter which provides generic guidance on the ill-health decision-making process. This is available on the http://lgpsregs.org/landscape/index.php/other-guidance (then click ‘Other Government documents’, then ‘Other documents’).

Thank you for your application form of XX XXXX XXXX enclosing information on your disagreement with [name of relevant Scheme employer]. I was asked to make the stage 1 decision under the Internal Dispute Resolution Procedure (IDRP).

I have looked at the details of your complaint and have made the following decision.

The question for decision

Any scheme regulations considered, and the reasons for the decision

If the decision is based on a discretionary power contained in a policy made by the employer, a copy of the policy or the relevant part of it, and a reference to the scheme regulation that allows the policy.

If you are not happy with this reply, you have the right to ask the xxxxx pension fund administering authority to look at your complaint again at stage 2 of the IDRP. You must do this in writing within six months from the date of this letter. To do so, please fill out the application form (attached) and provide the necessary information. Please send this to the pension fund (see notes to application form).

MoneyHelper is available to give assistance in connection with any difficulty with the Scheme that remains unresolved.

Please note that prior to March 2018, persons could approach both the Pensions Advisory Service TPAS (now known as the MoneyHelper) and The Pensions Ombudsman (TPO) for help when dealing with a pension complaint. TPAS tended to focus on complaints before the Scheme’s Internal Dispute Resolution Procedure (IDRP) had been completed, while The Pensions Ombudsman dealt with complaints that had been through the IDRP. In March 2018, TPAS’s (now MoneyHelper) dispute resolution function moved to The Pensions Ombudsman. The aim of the change is to simplify the customer journey. Customers will be able to access all dispute resolution, previously handled by two services, whether pre or post IDRP, at TPO.

If you have a complaint or dispute concerning your workplace or personal pension arrangements, you should contact:

If you have general requests for information or guidance concerning your pension arrangements contact: 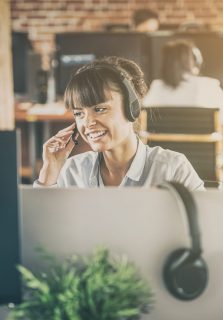 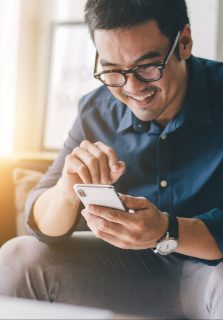