Here you will find all the information about the 2015 Firefighters' pension scheme, including how much it cost to contribute, how to transfer benefits and most importantly how to retire. 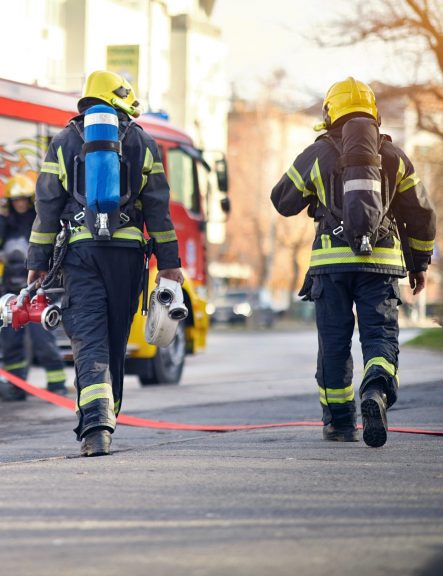 Click here for information on claiming a refund within the Firefighters' Scheme.

Click here to find out more about paying additional contributions in the Firefighters 2015 scheme.

Click here to find out how to transfer your benefits out of the Firefighters 2015 scheme.

Click here to find out about how divorce may affect your pension benefits in the Firefighters 2015 scheme.

Click here to find out all need to know about claiming your benefits in the Firefighters 2015 scheme.

Click here for Information on the age discrimination case (McCloud/Sargeant).

They also continue in force for the previous pension rights of “transition members”, i.e. those who are compulsorily transferred from an earlier Scheme to FPS 2015; the pension they have built up at the point of transfer is protected and will still be available for payment, reflecting some of the terms of their previous Scheme.

FPS 2015 is a statutory, defined benefit, career average, public service pension scheme made under the Public Service Pensions Act 2013. Career average scheme benefits are calculated based on a proportion of pay for each year of membership.

Unlike occupational pension schemes in the private sector, FPS 2015 does not have trustees, nor does it have the type of pension fund which uses investments to help meet its liabilities. Although each fire and rescue authority maintains a “Firefighters’ Pension Fund” which –

Social Security rules can have an impact on the way pension schemes work. FPS 2015 is currently “contracted-out” of the State Second Pension arrangements, i.e. those which provide the additional element of pension paid on top of the Basic State Pension. To be given contracted-out status a pension scheme has to meet certain minimum requirements. Members of a contracted-out scheme pay a lower, contracted-out rate of National Insurance contributions.

FPS 2015 is a registered pension scheme for the purposes of the Finance Act 2004. This means that HM Revenue and Customs allow certain tax concessions. Pension contributions attract tax relief; certain benefits, provided they are within set limits, are exempt from tax charges.

Like other pension schemes, FPS 2015 must comply with Pension Acts. “Disclosure of Information” Regulations made under Pension Acts require you to be given items of basic information about the Scheme; this page has been written to comply with those Regulations.

Some pension terms may be unfamiliar to you or have a special meaning in the context of FPS 2015. An explanation of terms and expressions is given in the scheme member booklet.